Why were Paul and Sharon McGlone nominated for a "Black Belt in Baseball"?

That nomination was suggested in a column by Tom Boswell, the long-time baseball reporter for the Washington Post.

Once upon a time (1972), the Washington Senators played their last game at RFK stadium and packed their boxes to head for Texas.  Mr. McGlone was only 11 years old, but he remembers well the day his team left town forever. 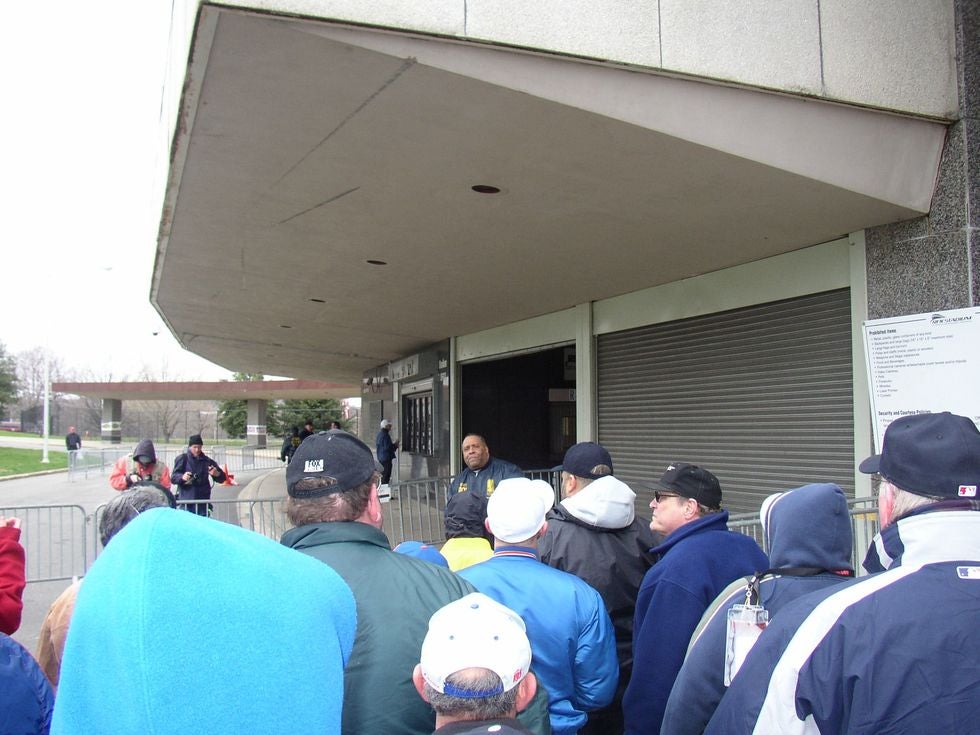 After waiting over 30 years, baseball returned to RFK stadium on April 3, 2005.  This was not the home opener for the Nationals, but rather, it was an exhibition game prior to opening on the road.  They would not play a home opener for another two weeks.

April 3, 2005 was a cold, blustery Sunday morning, and there were only a handful of fans there when the opened the doors a few hours before the first pitch.  Paul McGlone was there to snap these photos of the faithful few who came out early to enjoy this historic moment. 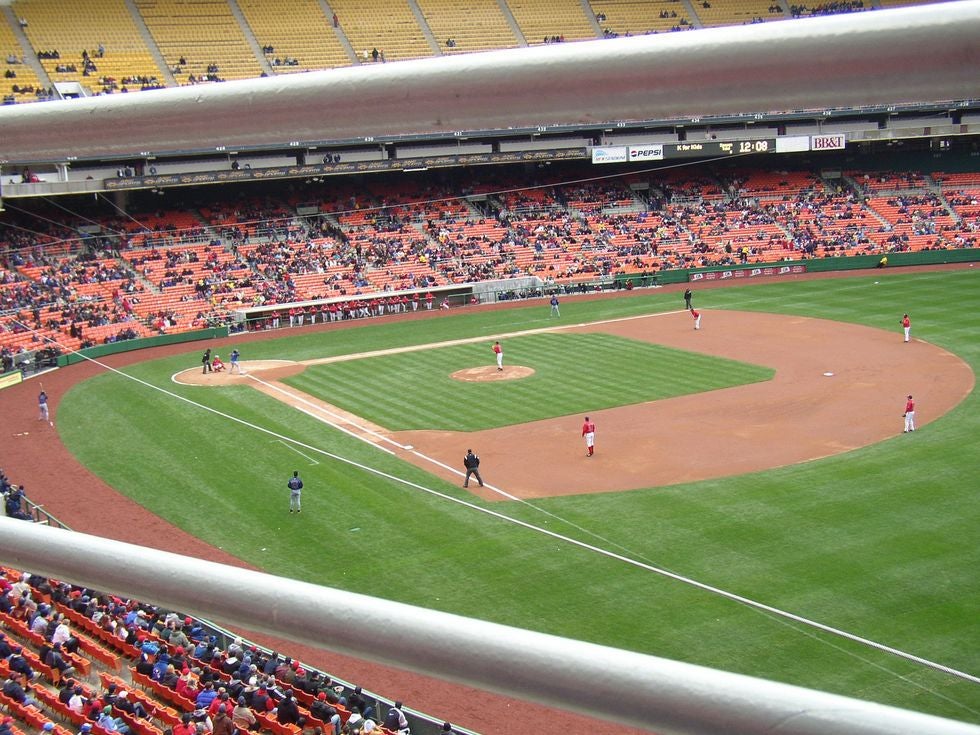 It was a few hours later when Paul and Sharon McGlone were sitting in their front-row seats in the 500 level when they were asked by a friendly fan about the seats and how they were looking forward to the season.   In his column the next day, Boswell noted the unseasonable weather and noted that anybody who came out that day deserved a black belt in baseball.

The article quoted Coach-and-Hall-of-Famer Frank Washington, and then offered the "Black Belt in Baseball" comment.   The very next quote in the article was from Sharon McGlone. An excerpt of the article:

"We were very pleased to see such a turnout on a very cold day," Manager Frank Robinson said after the Nats lost, 4-3, to the Mets to end the spring 13-15. "We appreciate the support. And the people were still there at the end, cheering."

Anybody who came to this game deserved a black belt in baseball. What a miserable, dark, dank day created for any purpose on earth except attending a game in which veterans hit the hot showers by the fifth inning. Yet, in its way, such a setting was appropriate. After all, everything conspired against attending this game, just as every factor has impeded the return of the sport to the nation's capital since the days when gas cost 38 cents a gallon.

Correct attire included blankets, hoods and fleece-lined gloves. In two weeks, for the same price, you could watch a regular season game on what might even be a balmy spring night. Why, this game even started at 11 a.m. body time since clocks were turned forward for daylight savings time the previous night.

Yet Paul McGlone and his wife, Sharon, from Fairfax, were at the park almost two hours early to take their seats in the first row in section 501 in the outfield upper deck. "I still have a bat from 'Senators Bat Day' in 1969," said McGlone, a lawyer.

"That bat was lost for many years," said his wife. "But he found it this week. What are the odds on that?"

Probably about the same as the odds on the District getting a team back -- until six months ago.

Here is a link to the full Washington Post article by Tom Boswell, quoting Sharon Mcglone and her husband, "a Fairfax attorney."

Thank you for contacting us. We will get back to you shortly.

Please complete all required fields below.